Man is nothing but a reflection of his homeland, Shaul Tchernichovsky 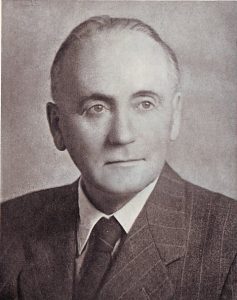 Polish Jews are not as famous as Lithuanian Jewry – in Gdolei-Torah and God-fearing, and not as German Jews – in culture and talent, and not as the Jews of Galicia – statesmen and debaters, but they are famous for the great spirit of innocence, the Holy Spirit bordered with dignity, as much as can be achieved in diaspora.

The Diaspora Jewry had different faces, as differing as the countries Hews occupied: landscape, climate, forests and rivers, vegetation, sky and earth, and particularly ways of living and the economy, they all left their imprint on the magnificent Jewish tribes. Each place had its impact on its inhabitants. Proof – the difference between the Galician Jewry and Polish Jewry. Despite their proximity, the Polish affinity was given to Russia, which provided ample welfare and livelihood. Pre-Holocaust Polish Jewry knew prosperity and fullness, and Jews could go on living without change, engage in Torah, in Hasidut and repair the soul and integrity, and at the same time – alienate rationalism, education and Gentiles’ wisdom, that gnawed at the flourishing tree of Judaism, and maintain adherence to tradition and morality of the fathers, who bound them together with tight relations of religion and destiny. The Galician Jewry, on the other hand, lived in poverty and repressions. “In Szibucz,” says Agnon, “poverty hasn’t stopped from end of Passover until Marcheshvan” a sister of Lithuanian Jewry’s poverty, which “hasn’t stopped the Krofnik from Erev Pesach to Erev Passover” (Shatsky).

The country’s scenery, with more lush trees, forests and rivers, probably had influence on the lifestyle and worldview of Polish Jews. Even contact with the simple folks land was mutual and more human, proof is in the Hasidut of Poland which, as opposed to Galicia’s Hasidism which had a local “landlord” spirit, they had a Polish all-Israeli, inner universal imaginative spirit, subtle and spiritual.

The Polish town provided us with no body-able people as the Bessarabian people, or the Lithuanian witty intellectualism, or crafty Galician. However, there were precious warmth and innocence. House owners and craftsmen simply a learned Torah for its own sake and lived with integrity.

Galicia, which won an early political release and was under the umbrella of the enlightened Kingdom of Austria, did not create favorable conditions for the development of cultural and educational establishments. Therefore, the cradle of Hebrew and Yiddish literature was in Poland, with Jewish spiritual activity concentrated in Warsaw. Polish writers and activists spread their work across the border. The Period of Enlightenment (“Haskala”) among Polish Jews was also different from every other Diaspora: Enlightenment in Poland was not for practical reasons. Studies were for their own sake and not for any benefit (the Jews of Poland were known to renounce the rationalization of life). Therefore, Polish Jewry did not know war between fathers and sons, as in other countries. The transition from studying sacred to secular studies was a natural process caused by time itself without crises, without hatred and soul-searching. A man who went ” promiscuous” cut his side locks and Capote, went for moonlight walks with the girls and said love phrases, but at the same time he did not stop attending the “Stiebl” and the customs of the Hasidim. And he did all for heaven without rebelling, without hatred and irritation. 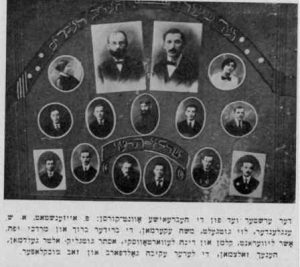 The Hasidic temperament of innocence and truth was integrated by the Polish Jews into Enlightment. The new containers were filled with the old Jewish content. Old and new resided together and had enough room.

I remember: when I was ten years old my mother took me to a wedding in Lublin: at her brother in-law Rebbe Abraham Aiigram, the great-grandson of Rabbi Akiva Eiger. I was already ‘tainted’ by the Apocrypha, but was very impressed by the wedding, held in glory and greatness – a huge impression. A spectacle full of majesty, warmth and devotion. I saw very rich Hasidim dancing enthusiastically with the poor and indigent dressed in rags.

My mother told me about this Rebbe that once, when his only child was seriously ill, his wife came to him on Yom Kippur eve, to make him ask for mercy on her. Rabbi Abraham Aiigr replied angrily:

“On this Day of Judgment, when all the people of Israel need mercy, I shall ask for mercy for my daughter alone?!”

This was the generation in Poland. This tree grew new roots that hasn’t failed. Once these young people grew up, and realized that the place for national and Zionist Jew is Eretz-Israel and not abroad, they have immigrated.

True, the period also helped. These were the days of mass awakening in the wide-territories of the Russian kingdom, and the echoes of the first shocks of the crumbling regime of tyranny were heard far and wide. The “Bund” has appeared on the Jewish street, claiming to relieve the suffering of the poor people door and speak for them. However, it was the movement of assimilation wrapped in bombastic dialectic materialism. Its emergence was accompanied by noise and commotion, typical of mass movements. A movement for a day, with no ambitions, dreams or longings. This is why “Bund” did not survive extinction and passed from the world, as other assimilation movements, without a memory left behind. 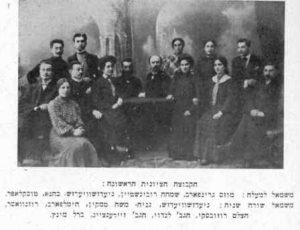 Preceded by the “Bund”, however, were the Enlightenment movement and the Zionist movement, which found followers in Siedlce, especially among teenagers.

Everybody studied languages and read books alone and in groups, indoors and outdoors, and especially in the wonderful city park on early summer mornings. In order to meet the thirst for the written word a library was established, thanks to the efforts of the leader I.n. Weintroib. In fact, this was a Zionist activity, perhaps inadvertently, since all social and spiritual awakening, in those days, poured the national-Zionist channel.

One fine day new faces appeared in our town: two typical Lithuanian, Gurevich and Kaplansky, who were marvelous in our affairs. They spoke Hebrew with a Spanish accent. These were the first harbingers, the first Hebrew teachers, who established the “Revised room” in Siedlce and breathed life into our dreams. Because almost all Jews in Poland were Zionists, but this was an abstract Zionism, and now, thanks to these two, it gathered substance and reality.

Such was the impact that even a fellow like Yoel Mastboim, who roamed foreign fields, occasionally accompanied us and tried speaking the Hebrew language.

These two wonderful Lithuanians were living spirit in all Zionist enterprises. They conducted courses in history, held talks in Hebrew and organized tours. This tightened the ties between the Zionist youth from all walks of life in the city, which was impossible previously due to lack of common interests. The highlights of the activities were the public meetings in the synagogue which were conducted with grandeur. It seems that the authorities looked favorably on this new movement in the Jewish street and allowed such organizations, which prevented other movements, and perhaps saw in the movement a mouthpiece of the revolution that was in the air. A big impact was attributed to Chanukah miracle, opened by the notes of “Ha’Tikva” played by a brass orchestra, as permited by the government in defiance of city leaders. These, apart from the leader I.N. Weintroib, who openly displayed his Zionist tendencies, were mostly those anti-Zionists.

The Zionist spirit gave birth to “Ha’Thiya” Association, which later became “Zeirey Zion”. A meeting center opened in Siedlce following the Warsaw Center, a sort of club, first at “KAVA” cafe and after that – at Peretz Kamar, one of the first Zionists in the city. At that time, the phenomenon of speakers flourished – nomadic Zionist emissaries, who visited from time to time in the cities of Israel in the Diaspora. Among the most prominent were Iosef Shprintzak – a member of “Zeirey Zion”, who came from Warsaw to promote Zionism among young people, and Gabriel Shlachter, an honest and somewhat simplistic flag-bearer. In those days odd guys were seen in our town with long forelock – a sure sign of revolutionaries, their mouths shooting sparks and bursting phrases on complicated matters from Borochov’s teachings. It is doubtful whether those listeners, or even the speaker himself, understood anything about these serious issues. It was dialectic for dialectics sake, sophistry without any real basis. Among these I remember Benzion Yedidya, a swarthy lad, thin and curly, his mouth emitting fire in poetry.

Alongside the Zionist activity, social and cultural enterprises flourished in Siedlce, luring the town’s Jews out of their homes. A theatre loving group, staged the play “Scattered and disparate” by Shalom Aleichem. We were visited by authors such as Y.L. Peretz, reading their literary works during literary balls before a large admiring crowd. A group led by Rosenwasser, the Zionist movement elder, organized seminars, book reading groups, friendly discussion and traveling groups, and also dealt with social work. Using donations from friends they founded the orphanage, which operated for several years and was the center of public affairs, deserving the society’s energy. True, at this time of awakening, of breaking the chains of indifference, there were still blurred areas, and the organization’s fundamentals were still loose and non-binding. Even the daily Zionist labor, being primarily fundraising, did not satisfy the hunger for action.

These days were also rife with explosives. The Polish Socialist Party (PPS), whom many Jews were members of, has chosen, out of party tricks, the provincial towns as the action zone for terrorist activities against the Russian government. Our quiet town, fixed on the old ways, became an inferno of assassinations of people of power. The Russian officials in the remote provinces of Poland, known for their hatred towards Jewish population, preferred finger-pointing at the Jews and placing the blame for terrorism on them, and actually got up and made pogroms against them. For three days and three nights danger of destruction hovered over our community. The army, especially the Vohlyny regiment stationed in town, took over Siedlce, butchered and robbed, brutalized and set fires and even fired the cannons. Forty-one Jews were killed and hundreds were injured, all on the pretext that Jewish rebellion has caused this event.

Following the pogrom the best of the youth concluded that there is no existence for the Jewish people abroad. The first immigrants to Eretz-Israel were Simha Rubinstein, Zvi Gelibter from Zamosz ‘, who interrupted his studies in high school, and the writer of these words. Rubinstein and I, our faces were destined for agricultural work. We were naive, and even before “Hapoel Hatzair” was founded it’s been clear to us that here in Israel we must transform our lives fundamentally and make a living from the land and not from the air. Straight from the ship we went to the Galil, to Sejera, which, at the time, had a reputation due to a group of guys who worked the land there. They were led by Eliezer Shochat, and he’s the one who led us in the middle of a Saturday night – so as not to lose a single day of work – to Menehemiah, in the Jordan Valley, and arranged for us to do farm work for the farmers. Thus, at the outset of life in the Eretz-Israel, we have achieved our aspiration.