In April 1940 the Germans have carried out the registration of all Jewish men aged 16 to 60, and in November 1940 a census was carried out in streets known to have a Jewish majority. Two quarters were marked in the city limits:

Together, according to the listings 6,895 Jews lived in the two Jewish quarters, and the area was called “The Open Ghetto“. 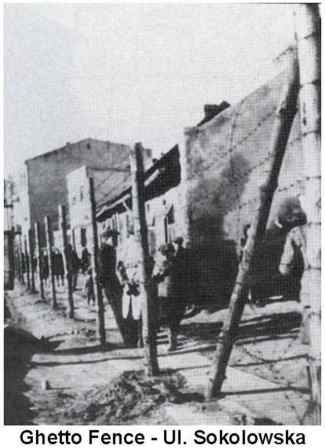 In November 1940, the Judenrat was ordered to raise a “donation” of 100,000 Zlotys. In December 1940 the Jewish population was estimated at approximately 13,000 people. During 1940, Jews from Warthegau were transferred by force to Siedlce and many were sent to forced labor in the city.

At the end of December 1940 the occupation authorities issued a decree ordering Jews to wear badges bearing the Star of David and the inscription “Jude” (Jew), and the duty of marking of all Jewish-owned businesses.

In addition, the Germans were determined not to allow Jews to convert in order to survive. On February 21st 1941 the bishop in charge of the Siedlce district – Tz’slao Sokolowski – issued an order, – under government pressure, prohibiting the Catholic clergy from baptism of Jews, Muslims or pagans. In a verdict issued on January 23rd 1941, the Germans decided that only the mayor or top religious authority can decide about baptism.

Below is a map indicating the city streets, including the large ghetto and the small ghetto: 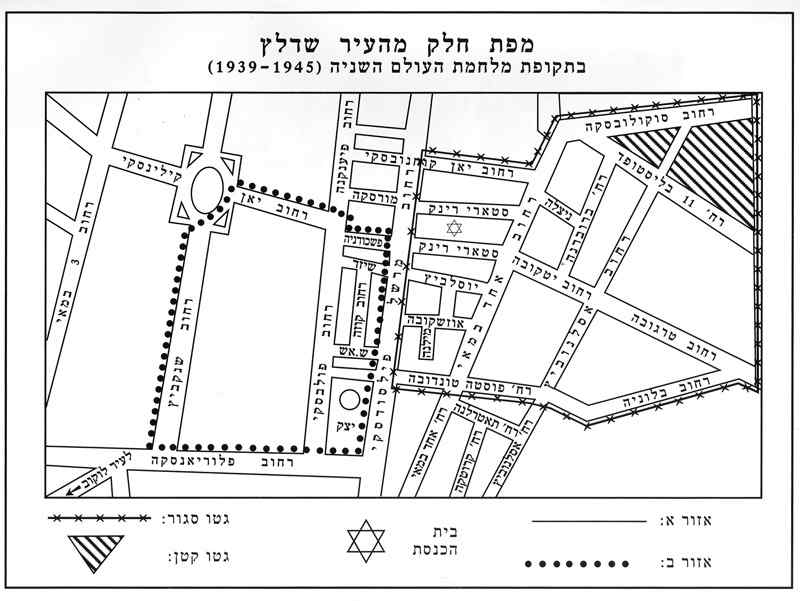 During March 1941 the Germans had a three days roundup in Siedlce, during which many Jews were murdered.

On August 2nd 1941, the Germans ordered the establishment of the “Closed Ghetto“, including most of the area defined in “Quarter I”. All Poles living in the area were given until August 6th, 1941 at 20:00 to evacuate the ghetto area. At the same time, Jews living outside this area were ordered to enter it. This provision in particular related to Jews living in “Quarter II”, during August 7-20 1941.

On October 1st 1941 the ghetto was closed. Barbed wire fences were erected in the streets separating Jews from the rest of the population. No one could leave or enter without special permission. After the closure of the Ghetto a significant deterioration in the economic and health situation of the Jews occurred, and many people died daily:

“At the beginning of occupation, people treated each other with compassion, but with the increase in terrorism, poverty and all hardships the hearts were sealed. People agreed to cooperate with the Germans or harass other Jews for a slice of bread or a glimmer of hope for survival. Among these were also members of the Judenrat and the Jewish police”.

For a little while a connection remained between the artisans in the ghetto and their counterparts in the Aryan side: especially shoemakers. Those ordered goods and paid for it with food. The transition point was on Sadowa Street. After the Germans learned about it from an informer, they sealed the ghetto altogether.