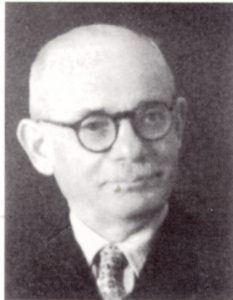 Siedlce was known in Poland as a Zionist city in the full sense of the word. In the book “twists of a generation” Abraham Lewinson writes: “When the Central Committee of “Ha’Tehiya” organization was established in Warsaw, two branches – Siedlce and Bedzin – were the strongest and most active in Poland.”

Siedlce has rightfully earned its reputation as a Zionist city, and indeed all of Jewish public life was interwoven with Zionist activity. After the first Zionist Congress, in 1897, Zionism gradually began to penetrate various social classes of the Jewish population in Siedlce, until it finally became a massive popular movement. Through its representatives, the Zionist movement played a decisive role in the public and economic life in the city as well as in the political realm. Thus, in the municipal council and in the Jewish community, and thus in lobbying with the local authorities, and with the central government, both during the Czarist period in Petersburg, And later during the independent Polish rule in Warsaw. 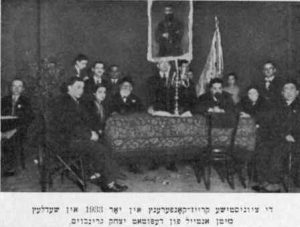 The Zionist cultural activities in Siedlce were rich and colorful: schools, evening courses, libraries, lectures, readings, friendly conversations, debate evenings, public meetings and sports associations. The Zionists in Siedlce excelled in the area of social welfare and philanthropy, and were also active in institutions and unions such as the Merchants’ Association, the Association of Small Shopkeepers and Merchants, the Workers’ Union, the Credit Unions, the Merchants’ Bank, hospitals, visiting the sick, “Linat Tzeded” (a hostel used for overnight stays for free for poor people), public health matters, soup kitchen and more.

Apart from all these institutions, municipal and general, the Zionist Movement also controlled party institutions, which had nothing to be ashamed of compared to central institutions of their kind. Everywhere there were Zionists who initiated and set the tone. There was always the brave and firm voice of the decent Zionist activist, who did everything for the benefit of the cause without any personal intentions. He always had, in the first place, the interests of the common good and of the individual, as a part of society. So his words were always worthy of attention and persuasion. Even the most vehement opponents, even when they had the majority in a public institution, supported the proposals of the Zionists. Moreover, the influence of the Zionist representatives was evident not only in Jewish circles but also in non-Jewish institutions such as the municipality and the city council. For example, during the period when “Agudath Yisrael” enjoyed a small majority in the community council, it nevertheless took into consideration the demands of the Zionists and allocated considerable sums to support the Hebrew school of “Tarbut” and evening courses. It participated in collecting donations for the Jewish National Fund and assisted all those who immigrated to Israel. The worshipers in the synagogue, in the Beit Midrash and in some of the Hasidic synagogues took vows (for donations) in favor of the JNF, and permission was given to speak about Zionist matters in the Beit Midrash and in the Great Synagogue. On the 20th of Tammuz a memorial service was held for Herzl at the municipal school and speeches were given.

Many people attended the Zionist meetings. When a Zionist leader or representative from Palestine came to visit the city, it was a holiday, so the Zionist leaders rejoiced in Siedlce. One of them was Itzhak Grinboim, Chairman of the Central Committee of the Zionists of Poland, a delegate to the Sejm (the Polish parliament) and later became the first interior minister of the state of Israel. When he made his way from the train station to the city, Jews left their shops and homes to welcome him. The news has spread, from one to another, that Member of Parliament Greenboim came to the city to deliver a lecture. The place was always too small for all those who came to listen to his words.

During the great events in the Zionist world and in the Jewish world in general, such as the Balfour Declaration or the inauguration of the Hebrew University in Jerusalem, members of the entire Zionist family and every Jew knew moments of elation. On the festive evenings in the city, not all those who wanted to attend were able to, because there was no room in Siedlce to accommodate everyone. Hundreds were forced to turn back, upset at missing the opportunity to get in, even to the lobby of the auditorium. All were members of the Zionist movement; and all segments of the population participated in the festivities: men and women, scholars, Hasidim, opposers, educated men, merchants, craftsmen, workers, rich and poor, young and old.

Indeed, the Zionist movement in Siedlce proved an extraordinary initiative and didn’t slow down. It was a pleasure to see how public dignitaries, adults with young people, worked together. True, time and again differences of opinion were found between them, but in front of their eyes was the one goal, which united the ranks. As a result, there have never been any strong disputes between the Zionist factions. The older members understood the wishes of the young and were always impressed by their devotion to Zionist activity, while young people were able to appreciate the work of the adults and always listened to their words and advice. Fundraising for Keren Hayesod was usually entrusted to adults. The same applies to fundraising for the Jewish National Fund, sales of “Shekalim”, various cultural activities, etc.