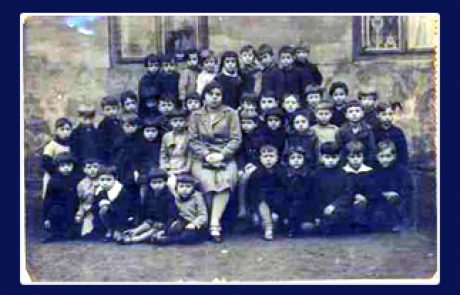 During October 1915, only two months after the Germans occupied Siedlce, the elementary school was opened in the city. It was founded by Fanny Radak, which has moved, after a while, to work in the Yiddish school in Riga with her husband, after which they have moved to the Soviet Union. Fanny Radak came to Siedlce as a refugee, who fled with her parents from […] 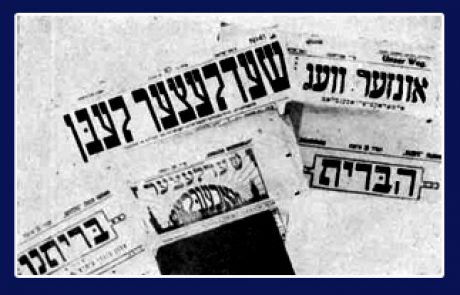 Itzhak Caspi: The beginning of the Yiddisher Journalism

In December 1911 a printed journal saw light for the first in Siedlce, “Siedlczer Wort” – The Siedlce Herald, a skinny little booklet the size of a small Sidur. It was uncommon at that time as it was difficult to publish a magazine in Russia, especially in Yiddish, so the modest booklet was very dear to readers, despite the […] 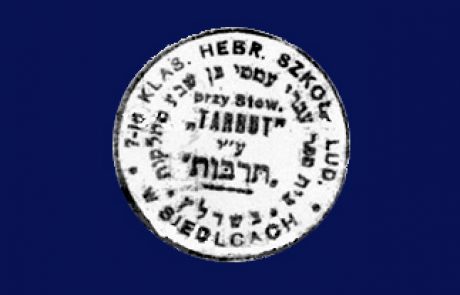 Yosef Okon : My memories in Siedlce (an unspoken speech)

Translated from Hebrew by Mr. Yuval Romano. I shall not a carry laments nor raise Ghosts: Could this pair, Levi and Yosef begone? And Joshua, King of hope an tranquility, could not swoop away the dirt and be resurrected? And the old wise chaps, Weintraub and Aorbitz – could not their wit fend off demons? And this cedar of Gur, tremendous in Torah, Rabbi […] 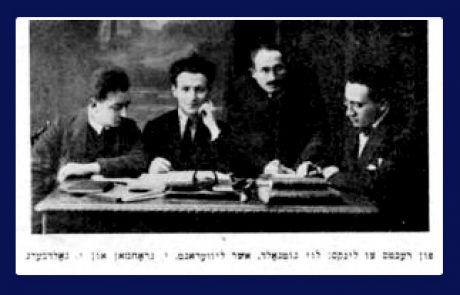 Hebrew Version from the book “Ancestors Tell Siedlce”. Translated from Hebrew by Mr. Yuval Romano. On August 13th, 1915, at the height of World War I, the Germans occupied Siedlce. These Germans are not comparable to those of World War II. The German army entering the city has caused some relief after the Czarist regime. During this period, […] 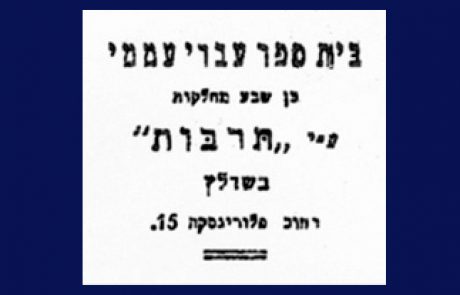 It is commonly believed that the opening of the first school of “Tarbut” marks the beginning of the Jewish education system in Siedlce. However, as mentioned in another chapter, a Hebrew school already existed in Siedlce in 1904, when a group of Zionists brought to the city the teachers Gurevich and Kaplansky and they, with Akiva Goldfarb and David Morgenstern, established the first Hebrew school […] 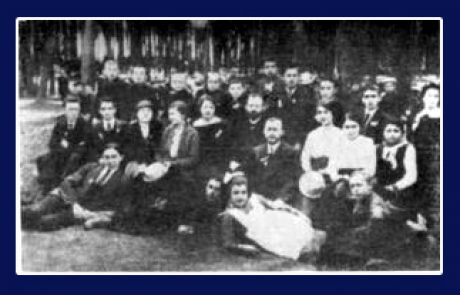 Hebrew Version from the book “Ancestors Tell Siedlce”. Translated from Hebrew by Mr. Yuval Romano. The name of the “Hebrew Language Lovers” was selected by a group of 16-17 years old boys and girls, who organized Hebrew evening courses for themselves at the private school of Rabbi Akiva Goldfarb, on 22 Warsaw Street. This was in 1924. […] 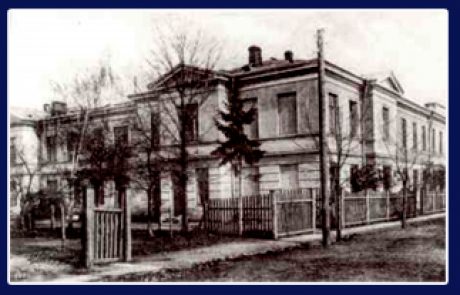 The happiest years of my youth were spent in Siedlce, where I came from Warsaw in 1909 to study in high school. The memories of the pogrom carried by the Czar’s armies at the end of the first revolution were still fresh. The grocery shopkeeper, who personally experienced the pogrom, would tell me about the disorders as if it has […] 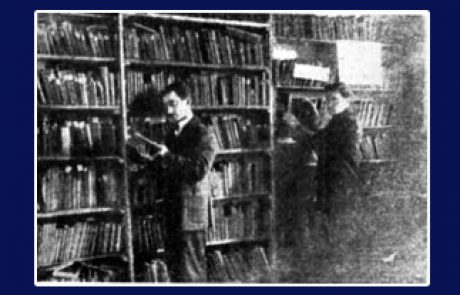 During the German occupation in World War I, there were only two Jewish cultural institutions in Siedlce: the Yiddishe library and the “Yiddishe Kunst” company – Yiddish Art. The library was established in 1901 in the home of scholar Y. Goldwasser, who held a bookcase underground. He did not even know who the readers were. The books were distributed in various circles, in secret meetings. A few […]