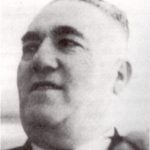 The name of the “Hebrew Language Lovers” was selected by a group of 16-17 years old boys and girls, who organized Hebrew evening courses for themselves at the private school of Rabbi Akiva Goldfarb, on 22 Warsaw Street.

This was in 1924. The activity of Hebrew courses, encouraged by the Zionist movement, was interrupted during the First World War. Now, after several years, the need has reemerged to study and to hear a word of Hebrew. Thus, without any assistance and support, the national Jewish youth faced everyone with a fact. They contacted Akiva Goldfarb, known and beloved Hebrew teacher, and opened evening courses at his school which they themselves conducted. 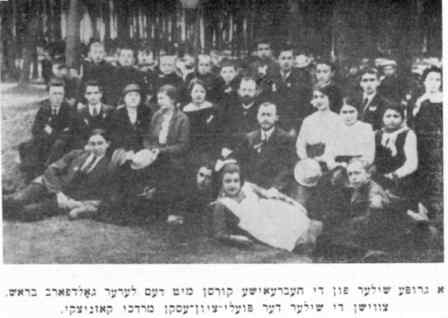 The initiating group: Sarah Kleinlerer, Tova Barbanel , Moredchai Gotsdiner, Israel Yom-Tov, my brother, Levi Fsobeski , and I, had only one mission – to spread the Hebrew language among people of Jewish youth in Siedlce. The first discussion with Mr. Akiva Goldfarb raised the financial problem – what would be the size of the budget and how will courses be funded. The teacher, who regarded Hebrew studies a sacred obligation, agreed to teach, free of charge, in order for courses to open and the children of Israel to learn the language of the past!

Within a short period dozens of students, boys and girls from all levels of society have enrolled. Hebrew evening courses have become the meeting point of Jewish youth in the city. Occasionally there were cultural events and Hebrew conversations, and the Zionist activist and educator – Levi Gotgeld, gave Bible lessons in front of a loyal audience of listeners.

In a General Meeting of the students they’ve decided to speak Hebrew at every opportunity. I remember the picture – young people gathered in the evening at the pharmacy on a street in Warsaw and chatting in Hebrew, in Ashkenazi accent so – loudly and demonstratively attracting the attention of passers-by.

Evening courses of the “Hebrew Language Lovers” took place for a fairly long period and were a source of training guides for the Zionist youth movements – “Ha’Shomer Ha’Tzair,” “Ha’Halutz,” “Ha’Halutz Ha’Tzair”, “Ha’Oved Ha’Tzioni” and others.